Samsung introduced its Galaxy S22 cell phone line, a triplet of smartphones packed with cutting-edge features and razor-sharp cameras. With three new models, the Galaxy S22, S22+, and S22 Ultra, you may be wondering which phone will suit you best. With prices ranging from $799 to $1,299, and a soon-to-be-refreshed mid-range, it’s worth asking which phone is best for you. Don’t worry, in this guide we will tell you which are the best Samsung phones available in 2022 . 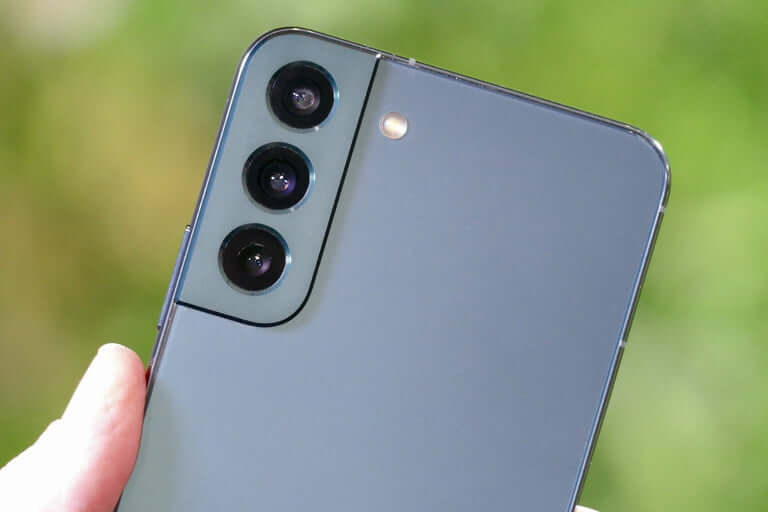 Galaxy S22 Plus cameras
Why you should buy this: Because with its fantastic camera system and a more balanced price than the Galaxy S22 Ultra, it’s the best Samsung phone you can buy.

While the Galaxy S22+ has the exact same camera system as its smaller brother, the Galaxy S22, we reckon if you used both phones on a day-to-day basis, you’d end up choosing the S22+ in the long run. The reasons are the 45W fast charge and the larger screen, 6.6 inches vs. 6.1 inches.

In short, if you are a user looking for the latest technology, you have tried Samsung phones and you feel like a fish in water with the One UI customization layer, don’t hesitate, the Galaxy S22+ is the phone you should choose. 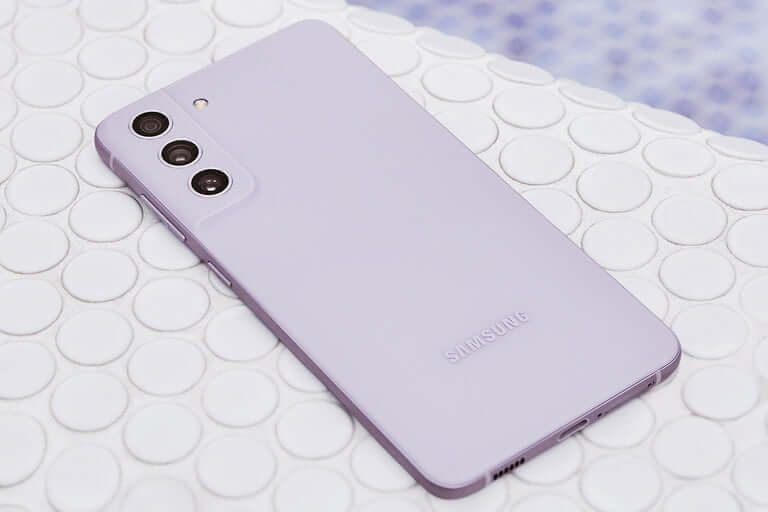 The rear panel of the Samsung Galaxy S21 FE.
Samsung
Why you should buy it: Because it has everything that is good about the Galaxy S21 models and a good part of what you will find in the Galaxy S22, although for a much, much cheaper price.

Who it’s for: Anyone looking for a premium Samsung phone who doesn’t want to spend more than $699.

Although it took a little longer than usual, the Galaxy S21 range of phones was finally completed. This device has many features in common with the higher models, but its price is much lower.

And although it has limitations, the truth is that it is a quite capable smartphone. For price reasons, the Galaxy S21 FE 5G camera gives more modest results compared to its older brothers, but the results are more than acceptable and very worthy for a mid-high-end cell phone. The cameras are a 12 MP main, a 12 MP ultra wide angle and an 8 MP telephoto lens with 3x optical zoom. The front camera is 32 MP. All of them were able to solve quite well in almost all kinds of scenarios.

Certainly, the features of the Galaxy S21 FE 5G are dwarfed by the Galaxy S22, especially considering that the price difference between the two is just $100. Samsung Galaxy S22 Ultra
Digital Trends
Why you should buy this: This is the most powerful productivity phone, with a dynamic 6.8-inch Dynamic AMOLED display, 5G, and the most accurate S Pen yet for taking notes and jotting down.

Who it’s for: Anyone who needs to take notes with their phone and wants some special off-the-wall features and a foolproof camera.

The Samsung Galaxy S22 Ultra presented today is a hybrid that combines the best of the Note range —including the S Pen— and the Galaxy S family. Regarding its design, it is a device with straighter lines and in which the presence of the stylus that is inserted into the bottom of the phone. This pen has much higher latency than previous Notes and also offers handwriting-to-text conversion in 88 languages.

Also, that it is a cell phone designed for productivity does not mean that it is a device that would be in danger outside an office. The Galaxy S22 Ultra is IP68-certified for water and dust resistance, and its glass back is protected with Corning Gorilla Glass Victus+.

, but, being the maximum exponent that Samsung will have in 2022, it must be at the height of the iPhone 13 Pro Max. 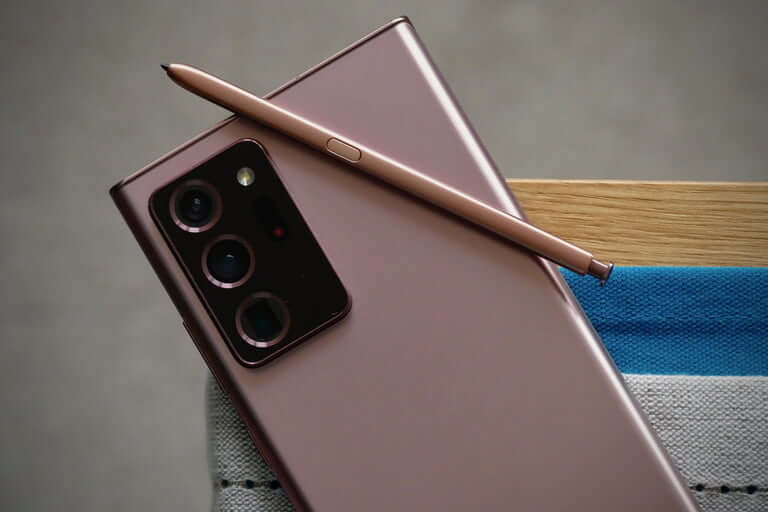 Why you should buy this: Although it may not have the same performance as the Galaxy S22 Ultra, it’s still a great smartphone that you might find on sale.

It is by no means a small piece of equipment and you will most certainly have to use it with both hands. Even so, the Galaxy Note 20 Ultra is super light and thin, weighing just 208 grams, plus an AMOD screen with a resolution of 3088 x 1440 pixels and certified for HDR10 + plus a variable refresh rate that adapts automatically, depending of what you do with the equipment: for example, in compatible games it works at 120 Hz, while in movies or videos it works at 60 Hz to save battery (although you can always adjust it to 60 Hz).

The best under $500 dollars 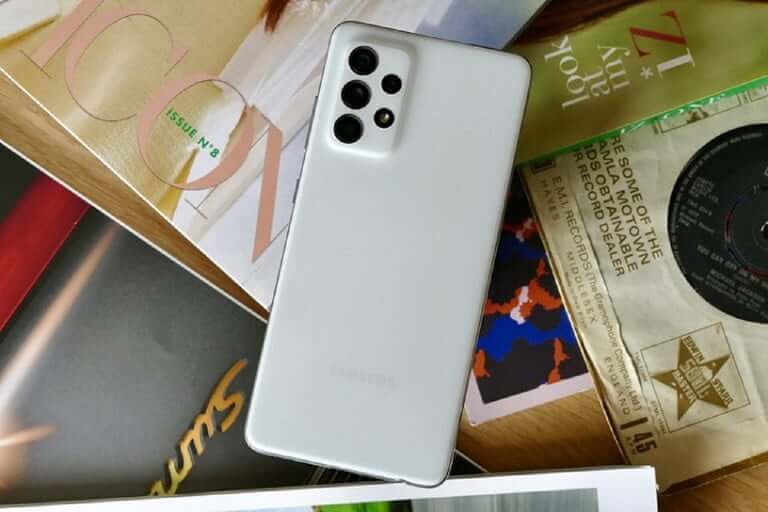 The best 5G mobile phones
Why should you buy it? With a modern design, a solid camera, and good performance, this is the best phone under $500.

Why we chose the Samsung Galaxy A52 5G:

The Samsung Galaxy A52 5G is currently the best phone you can get for less than $500. With a modern design, good performance, and a versatile, high-quality camera, this phone tops its category for a device in its price range.

Performance in particular is something that makes the Galaxy A52 5G such a great phone. The device comes with a Qualcomm Snapdragon 750G processor, and the 7-series has proven to be a strong alternative to Qualcomm’s flagship 8-series.

That’s paired with 6 or 8GB of RAM, which should be plenty for most. It features 128 or 256 GB of storage, which will also be more than enough for most people’s music and files.

Possibly the best thing about this amazing device is how versatile the camera is. The phone comes with a quad-camera system, including a 64 MP main camera, a 12 MP ultra-wide camera, a 5-megapixel macro camera, and a 5-megapixel depth camera. There’s no telephoto camera, which is a bit of a bummer, but it’s hard to complain given the price.

Other details on offer include a 4,500mAh battery and the fact that it comes in a range of stunning colors. The Samsung Galaxy A52 5G is a great way to get an almost top-tier phone at a relatively low price. 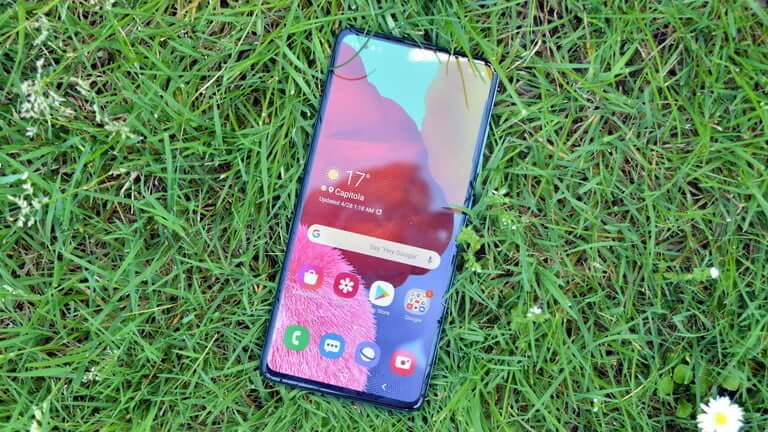 The best under $300 dollars 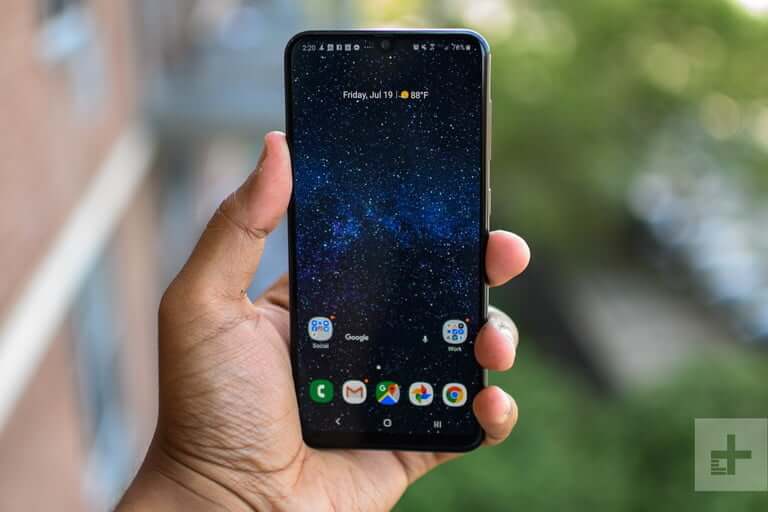 Galaxy A50 Art
Why you should buy it: Because it’s a modern device, with clean and functional software that offers 5G connection for an affordable price.

For around $280 dollars, the Galaxy A32 5G offers you some very impressive features, starting with a 6.4-inch Super AMOLED screen, great for consuming entertainment such as series or movies on the go.

On the other hand, the cameras frankly do a great job. In the selfie section you will notice clear shots with natural light, with a bokeh effect that, although it looks artificial, will give you several likes on your social networks. Meanwhile, the four-lens camera system achieves more than outstanding results for its price range (lower mid-range).

Lastly, we judge that the battery, which is 5,000 mAh, will give you enough power for the whole day and even one more, depending on your use. The charge is 15 W, so although it is fast, it definitely falls behind other options such as the Xiaomi Redmi Note 10, which integrates 33 W fast charging. 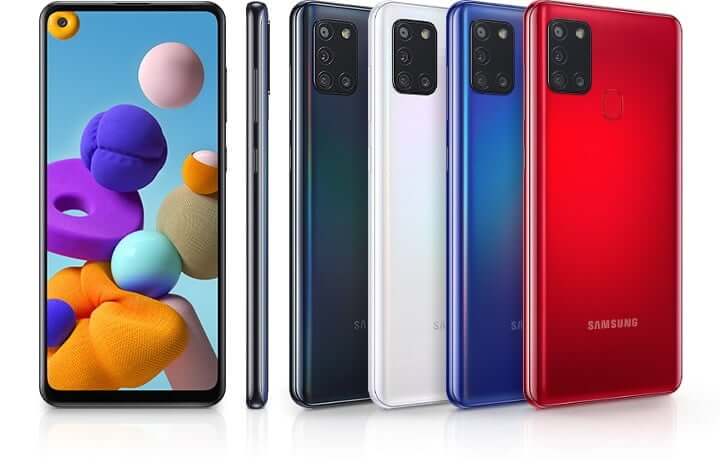 Still, if you find an irresistible deal on the Galaxy A21s, say around $150 for the 64GB version, pick the device that best fits your budget.

The best for its resistance
Samsung Galaxy XCover Pro
Galaxy Xcover Pro cell phone on white background
Why you should buy this: It ‘s a military-grade phone with IP68 certification, which makes it resistant to water and dust, as well as withstanding drops of up to 1.5 meters. Its replaceable battery is 4,050 mAh.

Although designed for industrial use, the Galaxy XCover Pro is a great option for anyone who is “hard” with their phone. It can withstand drops of up to 1.5 meters, is IP68 rated, and is MIL-STD-810 certified, which means it won’t stop working at high altitudes or in extremely hot conditions. Other specifications are: 6.3-inch edge-to-edge screen (1080p) with Gorilla Glass 5, Exynos 9611 octa-core processor, 4 GB of RAM and 64 GB of internal storage, which can be expanded up to 512 GB via of microSD cards. The screen has Enhanced Touch capabilities so you can use it with wet or gloved hands and runs Android 10 and Samsung One UI 2.0.

Its best feature is its replaceable 4,050mAh battery that supports 15W fast charging, not to mention EMV Level 1 certification, so it can be used as a point-of-sale terminal.

There are two cameras on the back, a main 25-megapixel camera and a secondary 8-megapixel camera, while the front camera is 13-megapixel. Includes wired headphone jack . The Galaxy XCover Pro can be purchased for less than $500 on Amazon.

Choose from The Best Perfumes for Young Women