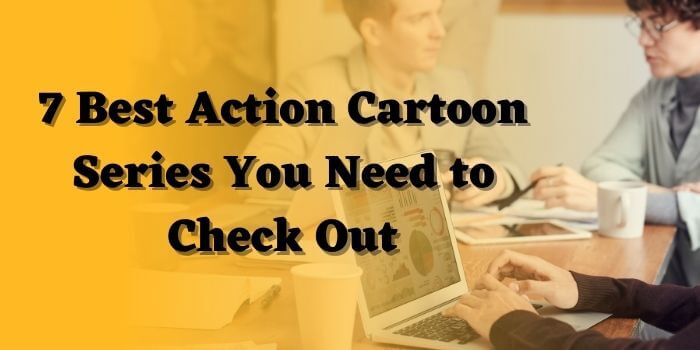 Looking for some action-based cartoon shows to watch in your free time? Well, you have come to the right place, my friend. In this article we are going to take a look at some top-rated cartoon shows that come with insane action and crazy storylines, so stick with us till the very end.

All of the shows that we will be discussing in the following section have received much appreciation both from the fans and critics. So, let’s take a look at these action cartoon series and find out what they have to offer.

This comic-based action series is among the top streamed shows of the year 2021 and millions of fans watched the show on sites like kimcartoon. A teenager named Mark Grayson whose father is the most famous and extremely powerful superhero starts developing powers of his own and discovers secrets about his father “the omni-man”.

He has to learn to control his powers while living the normal life of a schoolboy. The show has mystery, sick superhero action, and amazing voice acting to top everything off.

This classic story of vampires and vampire hunters is sure to give you the necessary dose of action and lots of goosebumps. A monster hunter named Trevor along with his team is up against the vicious vampire named Count Vlad Dracula who is causing havoc over the city of Wallachia.

The show has magic, hand-to-hand combat, and an interesting plot, everything that you can find in a great cartoon action series.

This Japanese animated series is the epitome of the best action sequences and overpowered character fights. The show has a detailed plot and every character uses a special type of fighting style including cool energy blasts.

Though the series has been around for more than 3 decades and has ruled the cartoon network for years, its latest instalment is better in every possible way than the previous ones.

This show revolves around a mighty superhero Saitama who starts his journey to become the greatest hero, from the lowest level despite being way more powerful than most high-ranked heroes. No one knows how he got his powers and that makes things more mysterious and fascinating.

The series has epic fights, cool music, and op superheroes each possessing certain abilities. One punch man offers you the action as well as some humour through its writing style and hilarious voice acting.

This is another great action cartoon show with a unique but extremely fascinating storyline and amazing character development.

In a world where some people have the power to manipulate the basic elements i.e., fire, water, earth, and air, an avatar is born after a certain period who has command over all these elements and he/she is responsible for keeping the world in peace and harmony.

The show includes carefully designed fights involving all these cool elements which is really a treat for the eyes.

This Star Wars-based series takes place between episodes 2 and 3 of Star Wars movies and depicts the events in the lives of Anakin, Obi-wan, and their clone soldiers who are trying to keep the enemies from occupying the planets of the Republic.

The series has crazy light saber fights, war tactics, and combat strategies to entertain you in every episode. The show is really a complete package when it comes to dialogues and action sequences.

This sci-fi action series is sure to give you enough thrill, crazy adventures, and lots of laughs through its witty and obscene humour. Rick, who is an eccentric genius, lives with his daughter and her family. Morty is his grandson who is a bit gullible and is often a cause of Rick’s troubles. Both these characters journey through planets, galaxies, and parallel universes dealing with the mess they have created.

So, these are some of the greatest action cartoon shows that you most definitely should check out whenever you have some free time on your hands. All of the above-mentioned shows have enough action, and thrill to keep you hooked for hours on end without getting bored.

So, try out these cool cartoon shows and forget about watching poorly animated shows with ridiculous stories and lame character designs.